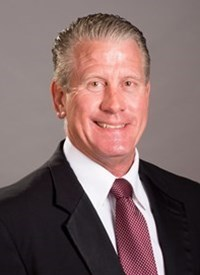 Bert Hill has devoted five decades to coaching football, including twelve years on the Division I college level and thirteen years in the National Football League. Most significant has been the eleven years he spent as director of strength and conditioning programs for the Detroit Lions where he also assisted with defensive and offensive line coaching. His hands-on experience and 2003 coaching primer, How to Get in Football Shape: Conditioning, has enabled numerous college programs to produce stronger and better conditioned players and teams.

Lawrence Hubert Hill, Jr. was born on January 25, 1958, in Montgomery, Alabama, the second of three children of Lawrence and Marietta Hill. Bert started playing football as a first grader in the local YMCA league and started strength training with a set of Weider vinyl weights in the sixth grade. As his football career progressed as a linebacker through his years at Sidney Lanier High School where Bert graduated in 1976, his access to weights, athletic facilities, and knowledgeable coaches steadily improved. After playing football for two years at Marion Military Institute and a year at Wichita State University, where he first encountered a structured strength training program, Hill returned to Montgomery where he started his coaching career as a defensive coordinator at Cloverdale Junior High School. He then completed a degree in physical education at Auburn University at Montgomery in 1981. Through the influence of faculty member Joe Elrod, he joined the athletic program at Nicholls State University in Louisiana, where he decided to become a strength and conditioning coach. With assistance from Professor Mike Stone, Hill obtained a stipend from Auburn University to study strength physiology and serve as assistant line and strength coach for the football program. Upon earning a master's degree in exercise science from Auburn in 1983, he became head strength and conditioning coach at Texas A&M where his father had formerly played under the legendary Bear Bryant. Under head coach Jackie Sherrill from 1984 to 1987, Bert's teams compiled a 35-12 record and won three consecutive Southwest Conference titles. After a year at Ohio State, he advanced to the NFL to become head strength and conditioning coach for the Detroit Lions under Wayne Fontes and had the opportunity to coach All-Pro running back Barry Sanders.

Following his eleventh season with the Lions, Hill temporarily left coaching to work for Advocare International, a Texas firm specializing in nutritional, weight-management, and sports performance products. In 2005, however, he returned to the NFL for two seasons with the Miami Dolphins under Nick Saban, before joining Southern Methodist University as a defensive line coach for seven years. From 2007 to 2013 he helped the Mustangs gain four consecutive bowl appearances and assisted numerous of his athletes win awards and qualify for the NFL draft. In subsequent years Bert has employed the coaching expertise acquired in high-profile programs to benefit players at Centennial High School in Garland, Texas, West Texas A&M in Canyon, and the Montreal Alouettes of the Canadian Football League.

Bert Hill has utilized many techniques to perfect his strength and conditioning protocol, primarily to induce multi-joint movements with free weights. He has also used a surgical tubing device to promote speed. To train athletes to full potential without overtraining, he has relied on periodization. Building trust and helping the athletes improve their performance are his foremost goals.