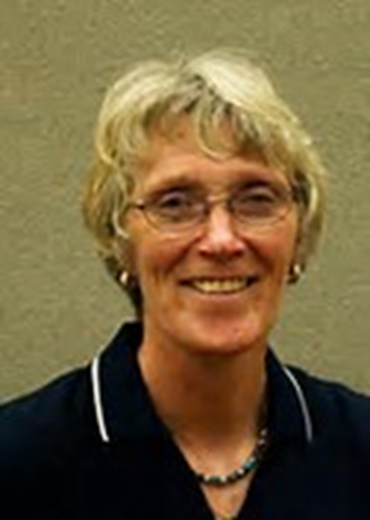 Margaret Elizabeth (Ritchie) Stone was born in 1952 in Kirkcaldy, Scotland, the daughter of John and Blanche Ritchie who encouraged her to participate in any sport she found interesting. Meg became interested in coaching from the early mentoring of Frank Dick and Carlton Johnson, both national track and field coaches. After earning a teacher training diploma from the Dunfermline College of Physical Education in 1973, she taught physical education in Scottish schools until 1978, then went on to earn bachelor's (1984) and master's (1987) degrees from the University of Arizona. During that time, Stone attained international recognition for outstanding performance in 34 shot and discus competitions, including the Olympics, world championships, and Commonwealth Games. She also won seven NCAA titles and still holds NCAA women's records for the discus at 221' 3" and the shot at 63' 2 3/4".

These achievements helped to launch her career in 1984 when she became head strength and conditioning coach at the University of Arizona, a first for a woman. She went on to hold other training-related positions at other universities, including Texas Tech, Appalachian State, and East Tennessee State. She also was the first woman to serve as national track and field coach for Britain (1999-2002) and coaching manager at the United States Olympic Center in Colorado Springs (2002-2003). Along the way, she has coached four Olympians and many athletes who later played in the NBA, MLB and NFL.

Over the past two decades, Stone has taught numerous coaching related courses, but she is chiefly known for her many presentations and publications, including a textbook, Principles and Practice of Resistance Training (2007), co-authored with her husband, Mike Stone, and sport technologist William Sands. In over 30 book chapters and articles, her subjects have ranged from general applications of strength and conditioning for sports to more specific analyses of weightlifting training modes and the effects of dietary supplements. In over 180 presentations throughout the United States as well as Scotland, Finland, China, and Japan, her focus has been on more practical aspects of training, including coaching responsibilities, training female athletes, explosive exercise training, and ergogenic aids. She has also been instrumental in securing $180,000 for sports science and performance research.

Since 2007 Meg Stone has been director of the Center of Excellence for Sport Science and Coach Education, which supports the first Ph.D. program in the country in coach education, as well as the Olympic Training Site at East Tennessee State University. For her many accomplishments and contributions to strength and conditioning coaching, Meg Stone has received many awards, including Western Conference Athlete of the Year for three years, a Lifetime Achievement Award from the NSCA (2012), and member of the PAC 12 Olympic Sports All-Century Team (2016).